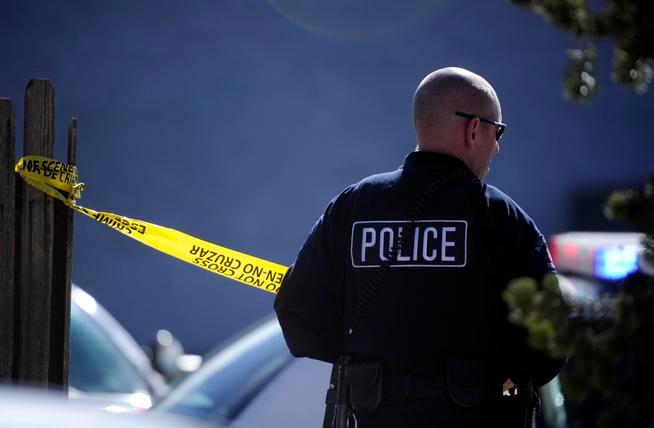 A 27-year-old man has been arrested for investigation of first-degree homicide after he allegedly demanded cash from an aged disabled man close to a Denver homeless shelter after which beat and strangled the person to demise when he didn’t get something.

Jonathan Diaz-Jimenez was captured Sunday morning on video as he ran throughout the road from the Samaritan Home Homeless Shelter, 2301 Lawrence St., to the sufferer, who was standing subsequent to a light-weight pole with the help of a cane, in line with an arrest warrant affidavit by the Denver Police Division.

Witnesses outdoors Samaritan Home advised police they heard Diaz-Jimenez demanding cash and when the sufferer stated he didn’t have any, the suspect allegedly started punching and choking him till he handed out, the affidavit stated.

Two witnesses helped the aged man to his toes. After the sufferer was standing on his toes, the suspect bought up and allegedly punched one of many unidentified good Samaritans within the face, knocking off his sun shades, the affidavit stated.

The suspect snatched the sun shades and ran. Whereas he was working away, the sufferer collapsed and stopped respiratory.

Police noticed Diaz-Jimenez close to Park Avenue and Broadway and arrested him. The witnesses who helped the aged sufferer later each recognized him because the attacker, the affidavit stated.